INFORMATION ABOUT THE BOARD 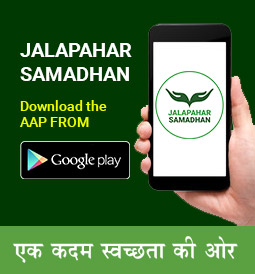 Information about the board

The Board is constituted under section 13(3) of the cantonment act through procedure prescribed therein.

Cantonments are constituted under section 12 of the contonments act, 2006 Cantonments Boards are local bodies autonomous in character and are responsible for municipal administration of cantonment area. GOC-IN-C, command acts as local government for governance of the Cantonment Boards under his jurisdiction. Principal Director, Defence Estates is posted alongside GOC-IN-C in each army command, who apart from being the advisor to GOC-IN-C, is answerable to Director General, Defence Estates.

The President ::
The officer commanding the station is the ex-officio president of the cantonment Board unless directed otherwise by the central government. The president holds the office for a period commensurate with his tenure as station commander. The president controls, directs and supervises the financial and executive administration of the Board. All the meetings of the Board are presided over by him and he is directly responsible for the fulfillment of the purpose of the Cantonment Act.

Elected Member of the Board :: The Board Consists of Two Members from Ward I and Ward II.